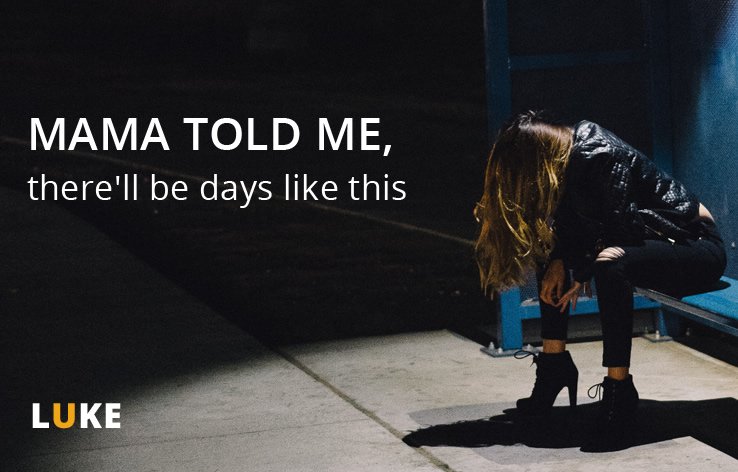 Why I have rewritten this article 6 times today already!

Every Tuesday, around 6.30am, I sit down in my studio with a cup of coffee to write a weekly blog post.

Sometimes a topic will pop into my head and off I go. Sometimes I can have 1000 words written in an hour and sometimes I feel as if the article is literally bursting to get out of my head and onto my screen.

I have to be honest, most of the time it is a struggle which is why I only do one a week.

Most of the time it’s like getting blood out of a stone, and that’s why most people who start a blog (or anything really that requires a bit of effort) give up on it, and pretty damn quickly.

Most of the time it’s hard work!

Add to that the nagging feeling in the back of your mind that no one is going to read it anyway, the whole process can often border on masochism.

The thing is that’s exactly what most people do. They stop or even worse they don’t even start

It’s not as if I can’t find a good excuse; we are all good at excuses and I’m a past master.

All I can say is ‘give yourself a chance to get there’, to do it, to build it, to write it, to learn it, to say it or even to dream it.

My mama told me, there’ll be days like this

It’s on days like today when I struggle to even write the first sentence that I have to dig deep. I have to ignore the voice in my head that’s saying ‘just go and make yourself another coffee Arthur, write the article another time’.

On days like this ‘self-doubt’ is there waiting, all wide-eyed and ready to take over.

What can you do?

Apart from just pushing on through, here are a few things you can do to help get through days like this (no matter what is it you’re trying to achieve).

There I said it. And ‘let the truth set you free’ as they say.

I could end the article right here because ‘that’ is the bottom line really.

However, just to give you a bit more encouragement here are 4 more things you can do.

#2 Don’t be too impatient

Too many dreams, plans, goals, or challenges, fail because of impatience. We expect too much too early. We’re not prepared for the long game.

“A genius! For 37 years I’ve practised 14 hours a day, and now they call me a genius!” – Pablo Sarasate – Violinist

I don’t know about you but I always have a ‘to do ‘ list on the go.

In fact I have a ‘daybook’ and have done one for over 30 years. I can tell you exactly what I did or was trying to achieve and what my ‘to do’ tasks were on any given day.

What is fascinating about these books is how certain tasks were carried forward from one day (week and even month) to the next and were never actually completed.

‘To do’ lists are fine but, if you’re not careful, they can become your worst enemy. They are too easy to add to and are a constant reminder of everything you haven’t done yet.

“So often people are working hard at the wrong thing. Working on the right thing is probably more important than working hard.” – Flickr co-founder

I would recommend making a ‘Un To Do’ list and stop wasting your precious time. Every task on your list comes at the expense of something else – a new opportunity.

This can be one of the hardest hurdles to jump. The truth is that failures and setbacks will happen. You can count on it, especially at the beginning and yes; they will knock the wind out of you.

Remember it’s the same for everyone. Even the world’s most successful people in their field have faced failure many times yet still carried on.

“I’ve missed more than 9,000 shots in my career. I’ve lost almost 300 games. 26 times I’ve been trusted to take the game’s winning shot and missed. I’ve failed over and over and over again in my life and that’s why I succeed.” – Michael Jordan, NBA Hall of Famer.

One of the most common reasons we fail is that we give up too soon. We hit the wall, get de-motivated, and lose confidence in ourselves.

You have to dig deep.

I have to own up here and say I have given up on many ideas that, in hindsight, still had everything going for them because either I used up too much energy and enthusiasm too early on, or I just let a few setbacks destroy my faith in what I was trying to do.

One of the most common excuses (because that’s all it is) for not starting anything is ‘not enough time’ and it’s a good one.

Is that really what’s stopping you from starting whatever it is you’ve been wanting to start?

I know that when you start anything new there are so many different priorities fighting for your time and attention it can seem as if you just don’t have the time.

I also know that simple as it sounds, the bottom line is that, if you don’t do it it won’t get done!

Some days you will feel you can conquer the world before breakfast, whilst on other days you feel like you have achieved nothing. That’s ok.

Don’t kick yourself down the road; you won’t get there any faster. And don’t waste your time comparing yourself to others; they don’t care so why should you?

Don’t be driven by other people’s priorities.

If you really want to get there YOU WILL GET THERE.   Don’t give up on yourself.

There you go – finished at last!

Maybe I should change the name of this post to ‘Stop making excuses’!