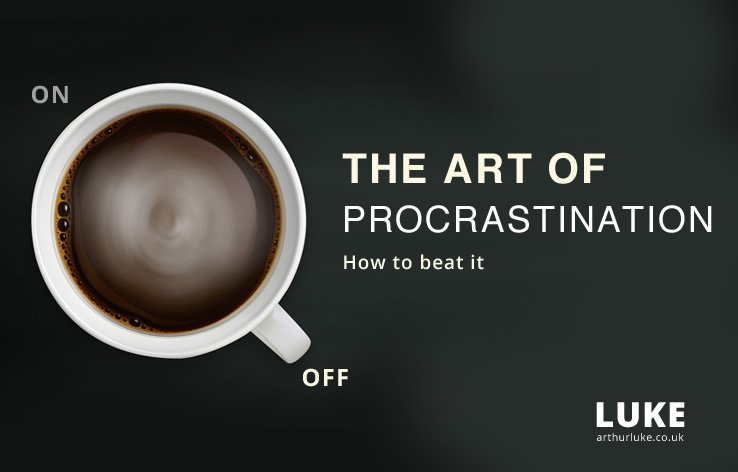 The Art of Procrastination – How to beat it

How many plans and dreams have you had that you just never quite got around to starting?

Penning this, it is not my intention (if I get round to writing it), to make you feel bad about yourself. Procrastination must be one of the easiest arts to master and one which most of us are pretty damn good at.

Since I sat down to write this, I have stopped for two cups of coffee, made some toast, read some emails, been on Facebook and, have so far, only written a couple of sentences.

Our lives are littered with indecision, missed deadlines, unfinished bathrooms, unused gym memberships, unwritten novels, unfulfilled promises to friends, visits we have never made, shelves we have never put up… the list is endless.

Procrastination saps our energy, wastes our time, costs us money, holds us back, makes liars of us, and stops us from being healthy, wealthy, happy and fulfilled. It is slow subconscious killer of dreams.

I read an all too familiar story in a magazine the other day, it went:

“When we first got married, my wife brought home a whiteboard on which we could list the jobs that needed to be done. About a year later it disappeared. Just before our silver wedding anniversary, I found the whiteboard in our garage. There were about 20 jobs on it. None of them had been done – and most of them still needed to be done”.

“I am a teacher, I once left a set of books unmarked for so long I was embarrassed to give them back to the students yet again unmarked. So I hid them, then went into the classroom and told them they had been stolen”.

Procrastination comes in many clever guises – it has fooled me many times. It can trick you into thinking you’re being productive when in fact you are avoiding doing something difficult or that you just don’t want to do.

We go to bed at the end of the day telling ourselves that tomorrow will be different; tomorrow we will make a start, for sure. The stage is set when we come up with the excuses for why we have not started.

“Only put off until tomorrow what you are willing to die having left undone.”
– Pablo Picasso

We often describe procrastination as the fear of starting something! Putting it off until tomorrow. Maybe subconsciously we are telling ourselves ‘If you don’t start you can’t fail’. Trouble is you will never succeed either.

But; procrastination is not always about failing to start something, it’s often about starting the wrong thing and taking the short-term pleasures over the long-term reward.

“Anyone can do any amount of work, provided it isn’t the work he’s supposed to be doing at that moment.” – Robert Benchley

So what can we do?

We could just rely on willpower, but as we know willpower is likely to let us down.

“Nothing in the world can take the place of perseverance. Talent will not; nothing is more common than unsuccessful people with talent. Genius will not; unrewarded genius is almost legendary. Education will not; the world is full of educated derelicts. Perseverance and determination alone are omnipotent.” – Calvin Coolidge

Much of the stress that we feel doesn’t come from having too much to do. It comes from not finishing what we start. So what can we do about it?

Don’t try to come up with all the reasons for why you can or cannot start. Just start.

‘He who awaits much can expect little’. – Gabriel García Márquez

Lose 3 stone in 3 months, write your first novel and get it published in a few months, learn a language a month… if you do you know you’re going to fail.

Procrastination is harder than ever to avoid in this age of social media, mobile devices, constant text messaging and computer games.

Remove all those distractions for the time you have set aside to begin your task. It sounds obvious but most of us don’t do it.

Try Merlin Mann’s idea to trick ourselves into progress, here’s how it works:

You’ll blaze through an hour’s worth of work/not work and will find yourself looking forward to both the breaking and working parts of the cycle.

The smaller the initial task the easier it is to start. If you want to write a novel you don’t just sit down at a blank sheet and begin. If you do chances are it’s a novel that is never going to happen! Break the task down, make a one-page action plan first of small manageable tasks. It’s not rocket science.

Fear is often the reason behind why we procrastinate. Fear can be disguised as excuses. I don’t have the right tools/ the knowledge / the finance / the time. I’m too old. I’m too young; it’s probably been done before so I won’t bother…

And why not! Give yourself a reward for accomplishing a difficult task.

No one wants to let their customers or their friends down, so by giving yourself a public deadline or promise, otherwise known as your ‘Oh, crap!’ moment’ you’re are making it more painful and embarrassing not to finish the task.

Have a 2-minute break!

Never put off today what you can put off tomorrow. – Spanish proverb

If you’ve got nothing in the bank and the bills are breaking your back but you still want ‘break free’!

Grab my FREE ‘12 Simple Rules’ to starting out lean & mean.

It will change the way you think! 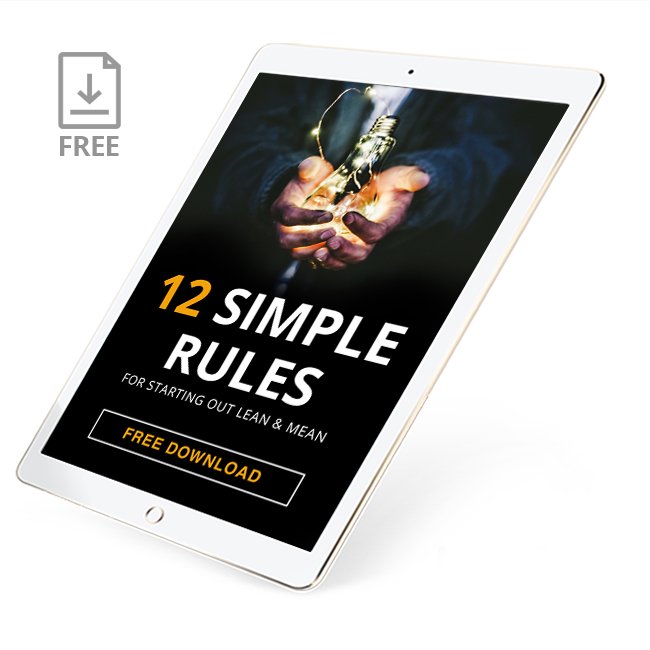