8 simple rules to remember before you start your own business

The bad news is that very few of us to do exactly what we want in life. ‘Life and work’ or in most cases ‘work and life’ get in the way.

Things haven’t really changed much since our parents were young in that we still ‘live to work to live’.

Most (but not all) of us hate Mondays, long for Fridays and, as the years go by, slowly commute our way to retirement or death whichever comes first.

“If today were the last day of my life, would I want to do what I am about to do today?” –Steve Jobs

The good news is that it doesn’t have to be that way if you don’t want it to be.

If you have a dream of being an entrepreneur or an ‘olderpreneur’ instead of a ‘wantapreneur’ it need not be as risky, scary, expensive or difficult as you might think.

Whether you’re a senior manager, a university graduate, have just been made redundant, just retired or an overworked mother of 3 with a mortgage and can’t remember the last time you had any time to yourself, you can do it if you want to. Believe me.

“Remembering that you are going to die is the best way I know to avoid the trap of thinking you have something to lose. You are already naked. There is no reason not to follow your heart.” —Steve Jobs

Before going any further let me tell you a little story.

I remember having a chat one day with an old client of mine. He had been in the same type of business most of his career, he was very good at his job, his clients liked him and so did his staff.

He had a senior management position, a big new company car every other year, kids at private school, good company pension scheme, lots of foreign travel etc etc. You know the sort of person and you might even be that person.

In the eyes of his friends and those further down the corporate ladder, he had made it. He was where they wanted to be but, in reality, he felt trapped and vulnerable and not in control of his own life.

When I suggested he went out on his own and followed his dream the list of reasons and excuses for not stepping outside his comfort zone grew by the second. He decided he had too much to lose and maybe it was better just to ‘keep on keeping on’. Five years on and five years older and he is still doing a similar job, for a different company, that he still dislikes.

Entrepreneurs are no different to anyone else, there is no special genetic ingredient and they don’t have magic powers – they are just like you. The only difference is they don’t just dream it, they do it.

Once you make the decision to start – the moment you commit and move forward with purpose you will be surprised at how many helpful things begin fall into place.

“Until one is committed, there is hesitancy, the chance to draw back, always ineffectiveness…. the moment one definitely commits oneself, then providence moves too. All sorts of things occur to help one that would never otherwise have occurred. A whole stream of events issues from the decision, raising in one’s favor all manner of unforeseen incidents, meetings and material assistance which no man could have dreamed would have come his way. Whatever you can do or dream you can, begin it. Boldness has genius, power and magic in it. Begin it now. – Johann Wolfgang Von Goethe

To help you make that leap of faith in yourself here are 8 simple things to remember:

1. Do something you love and are passionate about

Trying to start your own business is so much easier and a lot more fun if it is something you are passionate about.

Don’t panic, take your time but start now. Don’t listen to doubters, they can kill off every dream.

“The best time to plant a tree was 20 years ago. The second best time is now.” – Chinese proverb

3. Don’t be afraid of the risk

“Risk comes from not knowing what you’re doing”. – Warren Buffett

You don’t need the perfect idea you don’t even an original idea to start your own business, you just need to start.

5. Listen to advice, but don’t be dictated by it

At school I was told not to take art, I was “not good enough” and “would be better off getting an apprenticeship in the shipyards”. Years later I became creative director of the one of the world’s biggest branding agencies (amongst many other jobs).

6. You’re never too young, or too old

Giorgio Armani didn’t accomplish anything until his forties. Back in the early seventies he was just another middle-aged man wondering if his best days were behind him.

As Richard Branson says “In the end, you have to say, ‘Screw it. Just do it.’”

7. Don’t build your new idea around something or someone you cannot control or replace easily

I have made this costly mistake more than once and it hurts.

Buy a little notebook, (I continue to be a sucker for small black Moleskine notebooks). Find 10 minutes on your own in a quiet place and let the adventure begin. 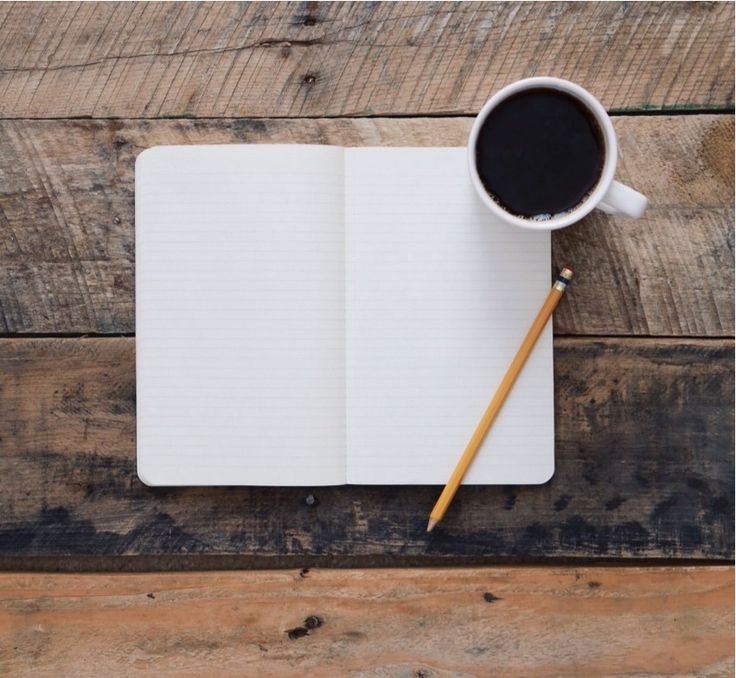 What to put in that notebook is the subject of my next post.